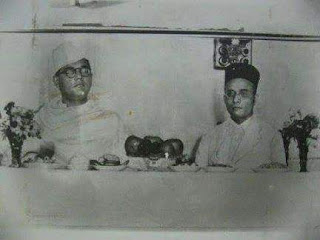 Veer savarkar was great nationlist and freedom fighter,British don’t give a person 2 consequtive life imprisonment which is 50 years if something totally nasty was not done against them, V.D.Savarkar was charged with making plots to kill many High Ranking British Officers, V.D.Savarkar didn’t apologized per se, he was given solitary confinement and he wanted out and there was a law which dictated that any Prisoner given imprisonment in Kalapani should be moved to mainland after 10 years so that they can get a chance to meet family members monthly but V.D. Savarkar was not given that facility so he made those pleas, his one goal was to come back in mainland to do something for the motherland but he was sent back from Kalapani to Ratnagiri only to be put in a house arrest, he didn’t have much to do with all the survaillance but within that scope he fought the greatest enemy of India which is Caste System, he understood that we were imprisoned because we were not united, he oppose Brahmanism, Caste System, for him Hindutva was a civilization and all its good achievements so he tried to correct the mistakes, he opposed the superstitions prevailing in our society, in total he suffered 28 years of arrest, a person who jumped in sea infested by Sharks to escape from the British is not a coward, on the contrary Gandhi Neheru clans demand all the credit for Indian Freedom yet never punished so violently like Veer savarkar are not called Cowards and Traitors but they are the real Cowards and Traitors because on the face of violent oppressive colonial forces they choose Non-Violence to put them in safe position, they did nothing to anger the British Empire because that is why Congress was created after Sepoy Mutiny to subdue the Indians and to prolong the British Rule and Gandhi Neheru Clans opposed anyone who went against the British in a violent way and removed them from the World and History but we are getting those informations now like how Gandhi Neheru Clans demeaned every other Nationalists, how Indira Gandhi destroyed papers on Netaji Subhas Netaji Subhash Chandra Bose, so Gandhi Neheru Clans are the real cowards and traitors!! two Great Patriots hated by Congress!!

Congress party wanted to commit treason, but i will not do that-Bhupinder Singh Hooda

It is the ONLY known golden ornament that has survived from ancient India.

What if I told you this pipe dates back to ancient Bhārata of 2500 BC?

This is the Samadhi (grave) of last Hindu emperor Hemachandra Vikamaditya (Hemu) in Panipat (Haryana).